DBS and Maybank will soon be the only two banks awarding points on RentHero. What next?

RentHero is a service that allows you to pay rent with a credit card, earning miles and points in the process. Your landlord will be paid via bank transfer, and there’s no need for him or her to be on the platform .

In March this year, RentHero cut their admin fee to 1.75%, the lowest it’s ever been. Paired with the right card, you’d be able to buy miles from as little as 1.07 cents each.

Unfortunately, although the fee’s been getting lower and lower, we’re also seeing more and more banks excluding RentHero payments from earning points.

Which banks no longer award points for RentHero? 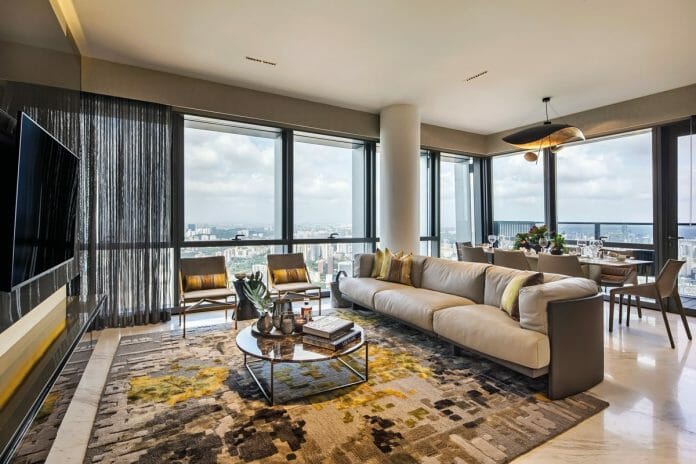 It’s helpful to draw a distinction between banks which exclude RentHero’s MCC from earning points, versus RentHero itself.

Why? Because if its the MCC that’s excluded, then it’s still possible for RentHero to swap to a different one (easier said than done) and resume earning points. If it’s RentHero that’s been excluded, well, different story.

RentHero currently processes transactions under MCC 6513. When it started operations in February 2019, Citibank and OCBC already excluded MCC 6513 from earning points. UOB added 6513 from March 2020, and Standard Chartered followed suit at the start of May 2020.

BOC is the only bank to exclude RentHero by name, with the exclusion starting from 15 June 2020. HSBC’s new terms and conditions don’t explicitly exclude RentHero, but its exclusion of CardUp and ipaymy has led the RentHero team to surmise that points will not be possible from 1 July 2020.

Since RentHero does not currently accept American Express cards, this basically leaves DBS and Maybank as the only banks which continue to award points.

Here’s the equivalent cost per mile you’ll pay with a 1.75% admin fee:

My guess is that merchants processing under MCC 6513 simply don’t pay a high enough MDR (merchant discount rate- the fee paid by a merchant for accepting card tranactions) to justify the banks giving rewards.

What does this mean for other payment service providers?

So RentHero’s not getting much love from the banks right now, but they’re hardly the only payment service provider feeling the squeeze.

Both BOC and HSBC’s upcoming T&Cs exclude CardUp and ipaymy from earning rewards. UOB and Standard Chartered haven’t barred them outright, but these transactions did not count towards qualifying spending for recent sign-up bonuses on the UOB PRVI Miles and SCB X Card. It’s a far cry from the days when UOB played nice with CardUp, even offering an upsized 2.4 mpd back in 2017.

In a way, I’d understand it a lot more if Citibank or Standard Chartered excluded 3rd party payment services from earning points. After all, these compete directly with their in-house PayAll/EasyBill solutions- why cross subsidize the competition with rewards?

However, it makes less sense for banks that don’t have in-house payment services. If a customer can’t use his BOC card with CardUp, for example, he’s liable to switch over to Citibank and use PayAll. BOC then earns nothing on that transaction. But then again, maybe BOC simply doesn’t want that business, because the rewards they’d have to pay outweigh any fees they’d earn. It all boils down to what sort of MDRs these companies are paying. 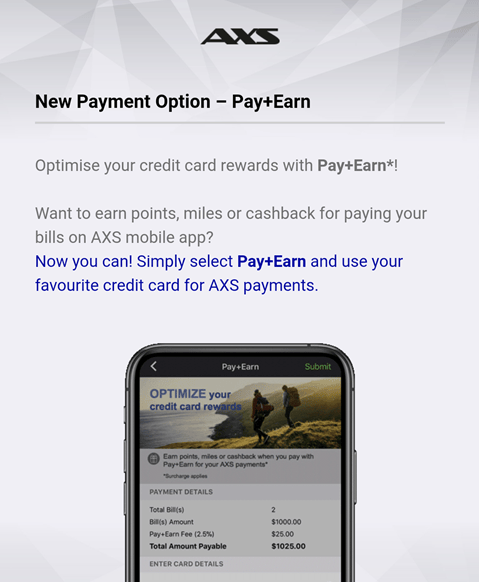 On the flip side, most banks seem to be fine with AXS’s Pay+Earn. DBS and OCBC have even carved out special exceptions for it in their T&Cs, albeit at lower rewards rates in the case of OCBC (1 mpd instead of the usual earn rate).

Pay+Earn’s admin fee of 2.5% is noticeably higher than CardUp/ipaymy, so perhaps that explains a bit- they’re probably paying the banks more.

As it stands, it’ll soon be the case that only DBS and Maybank cards will earn points on RentHero. This unfortunately is part of a broader trend of banks excluding 3rd party payment services.

We’ll have to wait and see what the future holds for them.

Aaron, can you do one topic, talking about the ipaymy, which cards will and will not earn miles?

You must remember who owns AXS. Hint: the Big 3.

So if one doesn’t have a DBS or Maybank CC, and you still want to earn miles on paying rent, what’s the best option remaining?