What’s the best credit card to use for SimplyGo and public transport?

Don't leave miles on the table when you ride the bus or train. Here's the credit cards offering rewards on public transportation.

Public transportation may not be a significant chunk of your monthly expenditure, but that’s no reason to leave miles on the table. A regular recurring expense, when charged to the right credit card, can help your miles balance grow bit by bit over time.

Here’s my take on how you can maximize the credit card rewards earned on this category.

How are you paying for public transport?

Earning miles on public transportation is a relatively recent phenomenon, made possible by the government’s push towards contactless payments.

There are several ways to go about using your credit card for public transport, but be warned: most of them won’t earn you any rewards points!

The first is to top-up your EZ-Link card at General Ticketing Machines or Add Value Machines located inside MRT stations. These kiosks have accepted credit card payments since 2016. 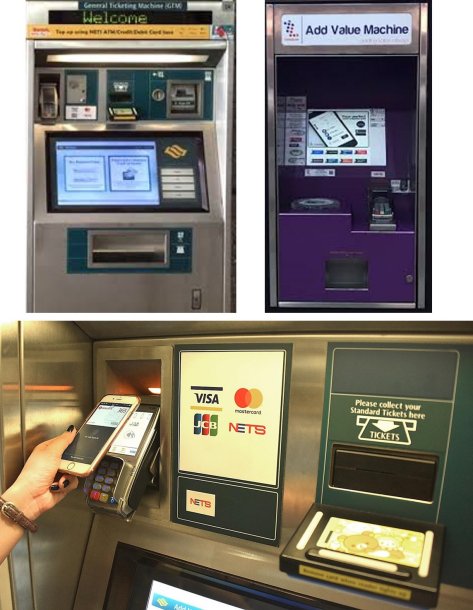 Don’t. Without exception, using your credit card to top-up your EZ-Link card at ticketing terminals will earn you no points.

The second is to top-up your EZ-Link card via the EZ-Link app, either on an ad-hoc basis or via EZ-Reload (which automatically tops up your balance via credit card when it falls below a certain threshold). 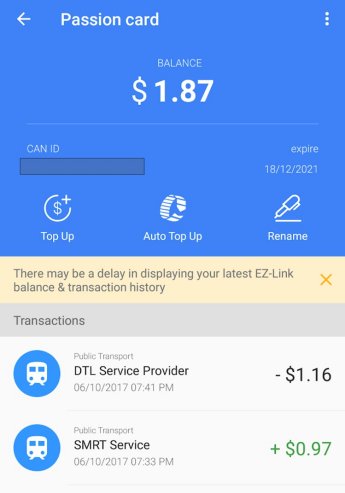 Again, don’t. It used to be possible to earn miles on EZ-Reload with the HSBC Revolution (2 mpd, capped at S$200/month) and Standard Chartered credit cards (up to 1.4 mpd), but both these methods have been nerfed.

As of today, you won’t get any points going via this avenue.

The third way is to tap your credit card (or mobile wallet) at the gantry. This is known as SimplyGo, and as the name suggests, is the simplest way of earning miles on public transportation.

All contactless-enabled credit cards can be used at MRT and bus gantries; there’s no need to register the card beforehand. That said, registration only takes a couple of minutes, and allows you to track your fares and usage online.

What MCC does SimplyGo code as?

They will appear on your bank statement as BUS/MRT.

The good news is that with the exception of Citibank and OCBC, all banks award points for SimplyGo transactions.

This means you can use the following cards to maximize the miles earned on SimplyGo. For the avoidance of doubt, you’ll earn exactly the same number of miles whether you tap the physical card at the gantry, or use the digitized version on your mobile wallet.

UOB has quite a few good options here, with the KrisFlyer UOB Credit Card and UOB Lady’s Cards offering 3-4 mpd. Until recently, the UOB PRVI Miles Mastercard and Visa were offering 4.4 mpd on SimplyGo, but that offer lapsed on 30 June and has not been extended.

Do note that the T&C of the UOB Preferred Platinum Visa specifically state that SimplyGo transactions will only earn 0.4 mpd, so don’t bother using it here.

There are occasional reports that this sometimes fails, perhaps because of a fussy reader. You could alternatively use your GrabPay Mastercard to top-up a physical EZ-Link card at a General Ticketing Machine/Add Value Machine for the same outcome (the GrabPay Mastercard does not work with the EZ-Link app).

No GrabRewards points will be earned for EZ-Link top-ups or SimplyGo rides.

While you won’t earn a First Class ticket just from public transport expenses alone, every little bit helps. Avoid the ticketing machines and just go directly to the gantry- the vast majority of cards on the market will allow you to earn miles on your fares.

Now that the UOB PRVI offer has lapsed, I’m using the Zipster card for public transport. The transactions on this card code as online transactions, so I get 4 mpd on the WWMC or CRV

That’s interesting, but I can’t find any way to apply for the zipster card.

If I opt for postpayment, they will collect the entire months worth and charge on one transaction, which may be more efficient than my current UOB Krisflyer $5 block miles earnings.

It’s the same as 4111. But these are online transaction hence can earn 4mpd. MCC doesn’t really matter

Email them to buy the card..

May I know what card is good for ERP and carpark? Any ideas on how to earn miles? Appreciate if this topic can be covered too.

Thank you for this post! Wondering why you did not include the UOB PP Visa though?

Is UNI$ award for public transport based on monthly spend? Else if it is per trip basis, I am wondering if it is possible for 4 mpd using lady card, as UNI$ is awarded based on $5 block and each trip on public transport is unlikely to be more than $5.

I am very sorry, you have actually answered and I have completely missed it. Please ignore my comments.

MCC 4111 is not in their blacklist

interesting- i was told otherwise at first. i’ll double check and update.

I see, thanks for the clarification! I do see MCC 4111 blacklisted in the Jun T&C:
https://www.ocbc.com/iwov-resources/sg/ocbc/personal/pdf/cards/tnc-ocbc-90n-card-programme.pdf

Ah! I had always thought Citi premier visa did

citi is sneaky about this. it’s not mentioned explicitly in their T&C, and is quite hard to find. however, navigate to this page (https://www.citibank.com.sg/citi-mastercard/index.html) and scroll to the bottom, where under the T&C (click to expand) you’ll read

How about the new HSBC Revo?

Do you see 4111 in the whitelist ? Read article please

thank you, i appreciate your input, but you really can use a better manner to tell me, why must be so challenging?

Actually I am a blind man, so I really don’t “see”, but do you have to be so mean?

I’m teaching you how to find answer instead of not reading article & waiting for spoon-feed answer.

Halo, you yourself never read article. People provided info and you blamed other people ?