Clearing immigration at ORD was surprisingly painless. I didn’t even need to ask for the APEC line because there were no queues at all. All major US airports now have these automated passport control kiosks that Singaporeans can use provided they have an ESTA and visited the US at least once after 2008. You also do your customs declaration here, so there’s no need to fill up the physical form. 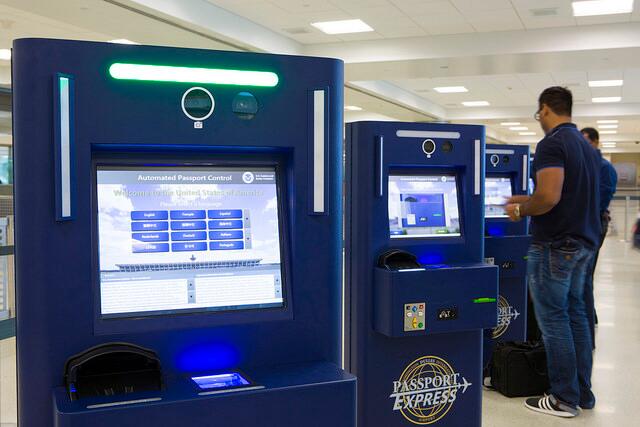 My bags only took about five minutes to pop out. Although my bag was checked through to EWR, you still have to collect your bags, clear customs then dump them back onto a belt for onward transit. In reality it was very simple, it was literally outside the customs point. There are staff on hand who scan the bags, make sure everything’s ok and the bags are on their way. I was in physical possession of my bag for maybe three minutes in total.

And just like that, I was in America! The land of opportunity, opportunism and all day Mcdonald’s breakfast. Not that I was interested in all that right now. It was a short train ride from the International to the Domestic terminal. United operates out of Terminal 1 at ORD.

United has 4 club locations in ORD, 3 of which are in Terminal 1 (B6 (currently closed for renovation), B18 and C6). Now, most United Clubs I’ve visited have been a dive. But United has a new blueprint for their Clubs and I was keen to see whether they could go one better (or two or three) than the facility I visited in IAH.  B18, the nearest lounge to my gate, just finished renovations in the Spring of 2016. 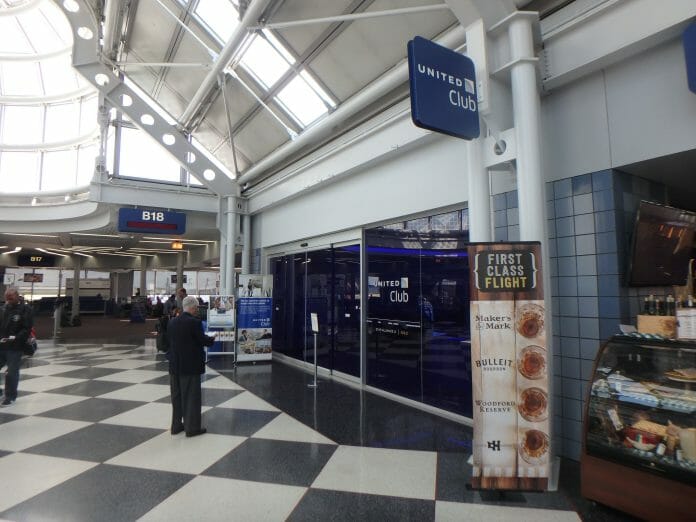 The club is actually one floor down. There is a welcome area where they check your credentials but it’s really a waste of space to be honest. 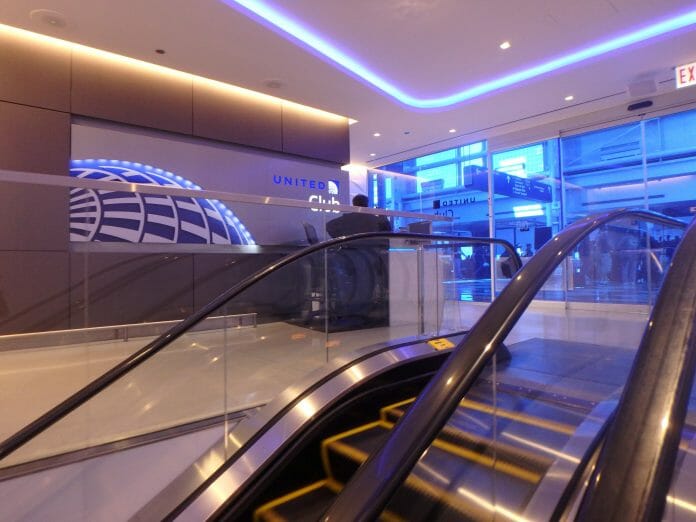 Because down the escalator there’s another reception area and there’s no reason why they can’t do the credentials check there. 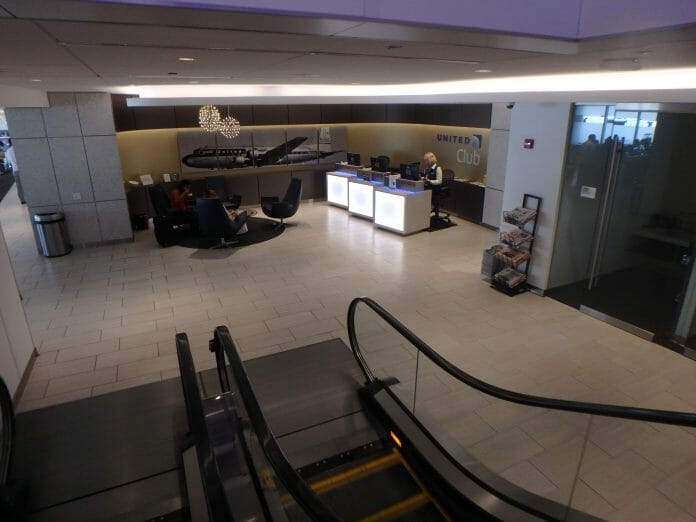 First impressions were great. This United Club had lots of natural light, nice new furniture and felt a lot less claustrophobic than the other United Clubs (probably because they’re restricting entry to day pass purchasers for now) 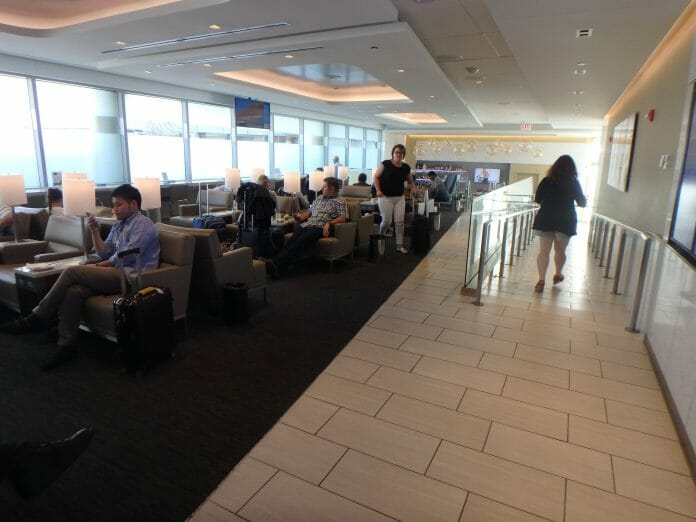 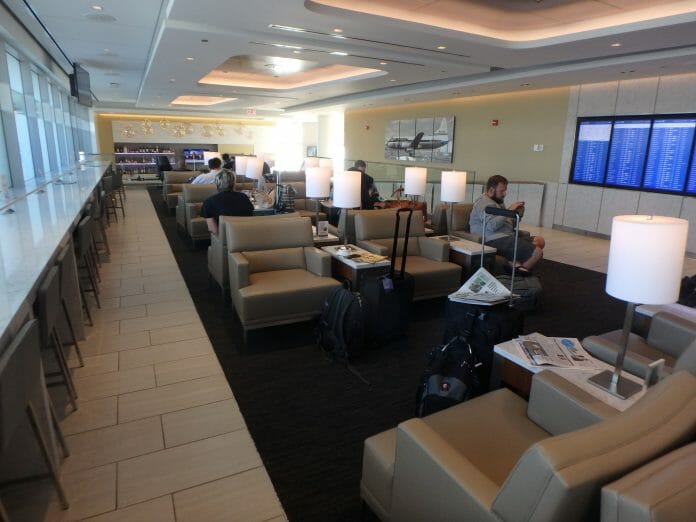 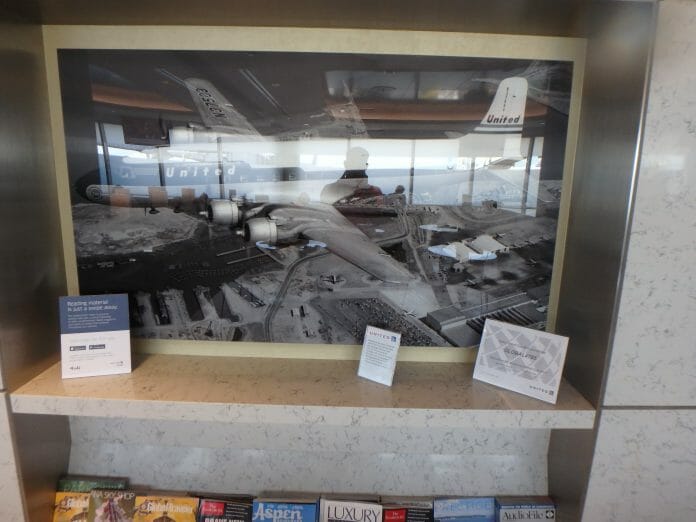 There’s a cash bar. It had really nice fairy lights (I’m making up names for things I can’t describe) that would probably look good in the evening. The bartender looked really underutilized, probably hoping that someone would rationalize that it was 5pm somewhere. 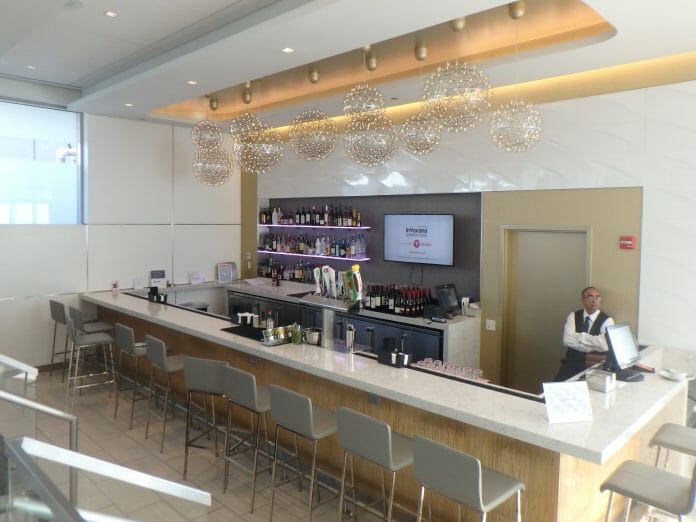 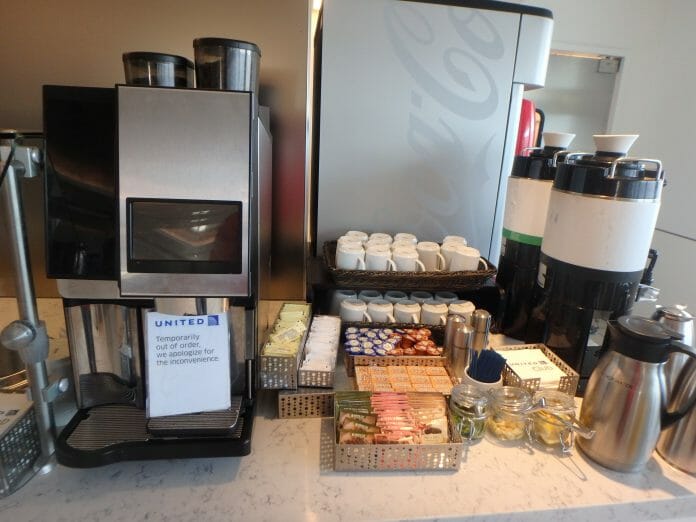 Oatmeal (it was breakfast time) 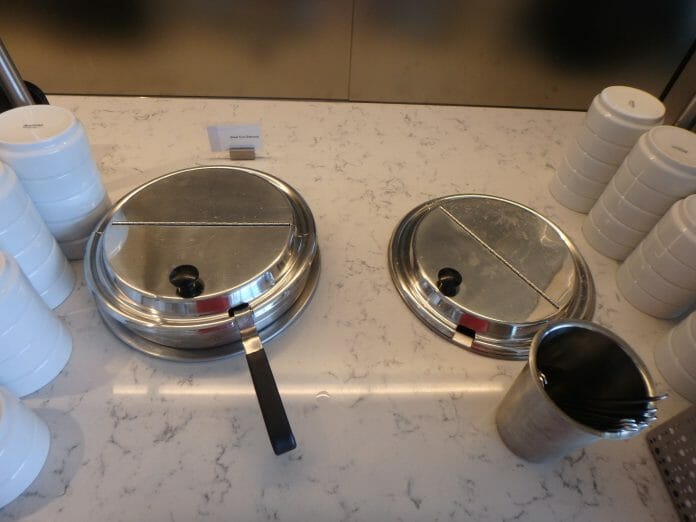 Bagels and other pastries 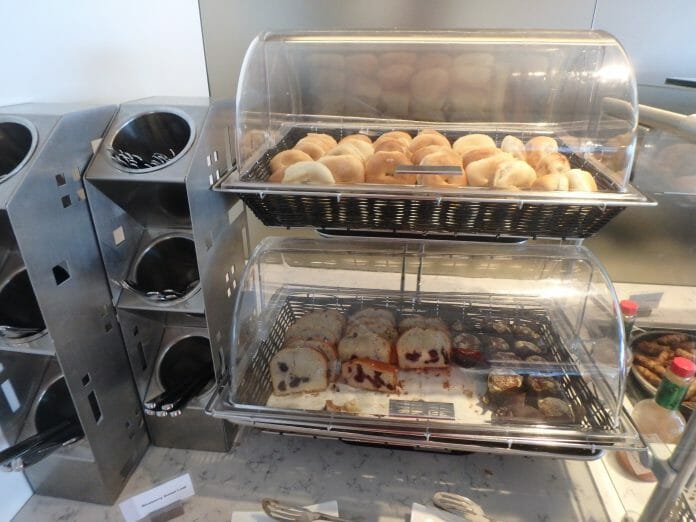 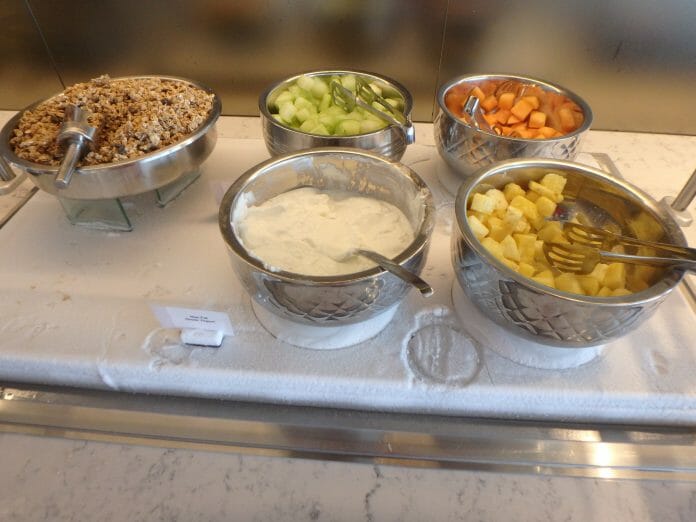 But wait, what’s this? Yes, this United Club had complimentary hot food options. Unbelievable. I blinked several times before I believed my eyes, but there were sausages, egg frittatas and a veggie mix. 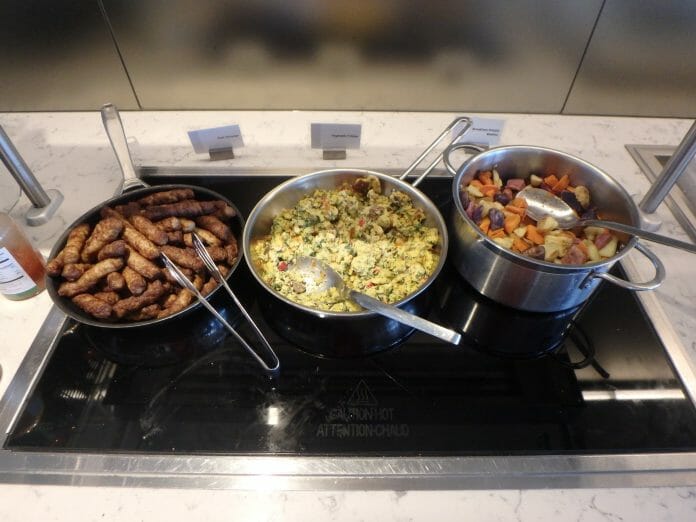 I mean, it’s still United so they’re not going to completely give up ancillary revenue opportunities. There’s a paid-for menu if you want something more substantial than the buffet layout. I found a place at the long bar to sit and enjoy my bounty. 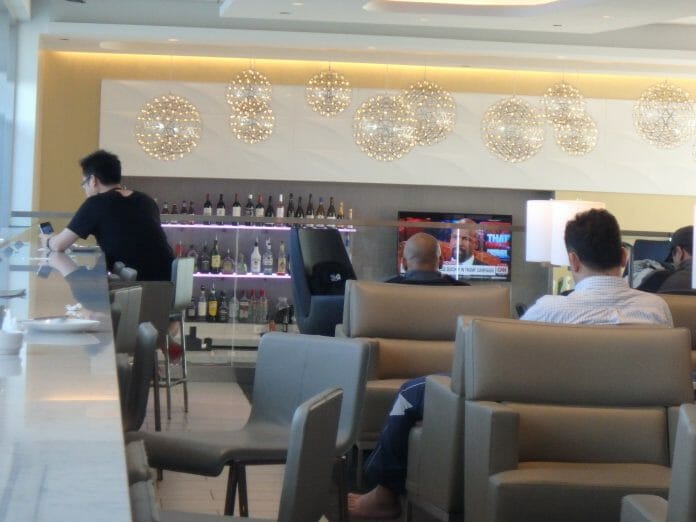 There are thoughtful design touches like an abundance of USB ports for charging. Strangely the power sockets are not universal- seriously how much more would it cost to have a universal plug? 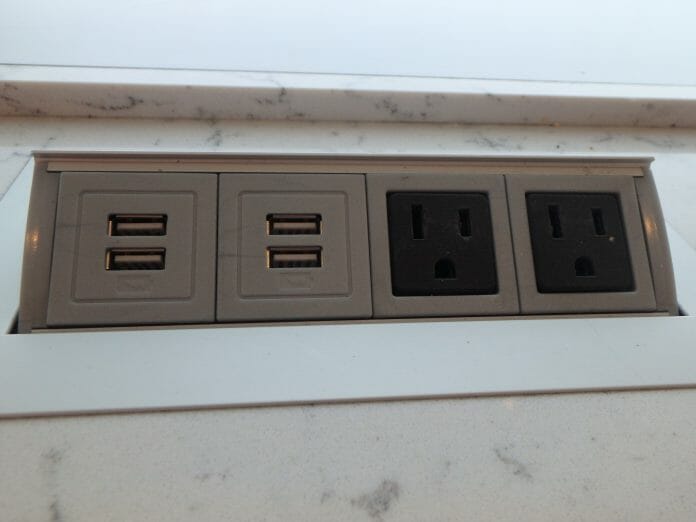 The updated United lounges are certainly not the kind of thing you arrive early for, but if nothing else they’re a very pleasant upgrade from the previous iteration. Lots of seating, natural light, work friendly touches and a better buffet menu. This, together with the upcoming Polaris product, made me feel that perhaps there was some hope for United after all.

And then I boarded one of United’s oldest 767s and was brought back to earth.