It's a Sheraton, but like you've never seen it before.

The Sheraton Kampala is the social epicentre of town. It’s not very often you say that about a Sheraton, but I’ve found this tends to be the case in less developed parts of the world.

The history of the hotel reads like an excerpt from Game of Thrones (which, for the record, I do not watch)-

The hotel opened on October 8, 1967 as the Apollo Hotel. The hotel’s opening was attended by its namesake, Prime Minister Apollo Milton Obote. When Obote was overthrown in a military coup by Idi Amin in 1971, the hotel was renamed the Kampala International Hotel. Following the overthrow of Amin by Tanzanian forces, who made the hotel their headquarters, and the Uganda National Liberation Army in 1979, and the return to power of Obote in 1980, the hotel reverted to the Apollo Hotel name. There were other regime changes in the country in 1985 and 1986. The National Resistance Movement, which ascended into power in 1986, liberalized the economy and Middle Eastern investors won the rights to lease the hotel from the government of Uganda and manage it for the next 25 years, and the hotel was renamed Sheraton Kampala Hotel in 1991. The hotel then underwent extensive renovations.

It’s at the Sheraton that dignitaries meet, that celebrities hobnob, that events like art exhibitions, vintage car shows, food and cultural festivals, graduations for prestigious institutions and national holidays are marked. It’s quite spectacular really, so divorced from the image of the run-down airport Sheraton in the States that people stay at because they want to be on the first flight out the following morning.

Security was tight, as you’d expect for a hotel that’s frequented by diplomats and politicians alike. You need to dismount from your vehicle at the entrance to go through a security check (though, strangely, only during the day), then undergo a further check at the entrance.

The lobby was at least distinctively different from the other Sheratons I’d visited so far. I mean, if you stared long enough you could still tell it was a Sheraton, but it wasn’t as in your face with faded lustre as is the habit of other Sheratons.

I mentioned that I was quite impressed by the hotel’s enforcement of the SPG Platinum upgrade policy, because weeks before I traveled I could already see on the SPG app that my base level room had been upgraded to a Diplomatic Suite. Most of the times, you’ll only see upgrades roughly 24 hours before you check-in.

At check-in, the staff confirmed my upgrade and took a pre-authorization from my card (glad to see the scourge of DCC hasn’t come to Uganda…yet)

Upon entering the lift I was pleasantly surprised to see the button for the top floor labelled as “ML”. “This makes sense,” I told myself. “Hotels often seal off entire floors when VIPs visit, and presumably this one went one further and renamed the entire floor after me.”

I pressed ML and exited to this sight:

Dejected, I headed one floor down to the 12th story where my room was waiting.

I have to say I was pleasantly surprised by my room, because after a series of disappointing Sheratons it was nice to see a room that actually looked somewhat refreshed.

The diplomatic suite is two separate rooms- a living room and the bedroom. 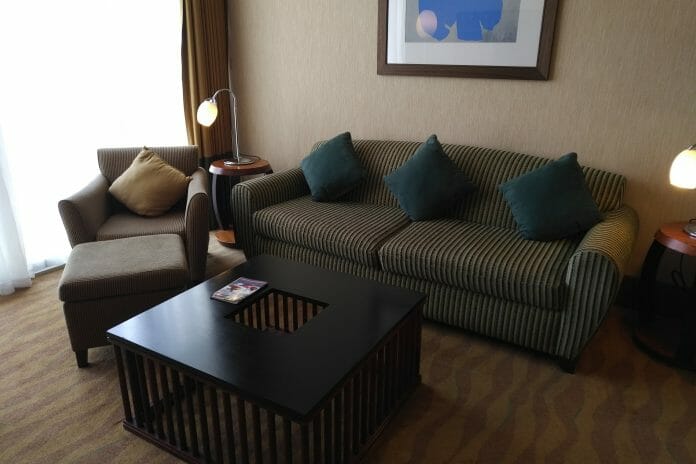 There was a work desk which thankfully had enough space for both my computers. There were four power outlets in total which was more than sufficient.

The living room has its own bathroom too, complete with bidet. 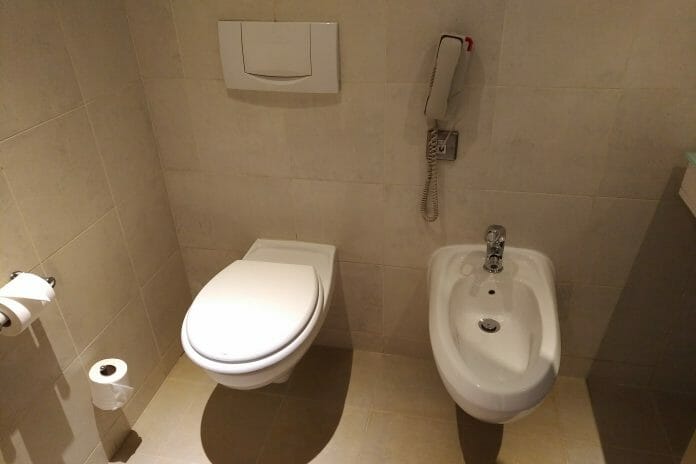 The bedroom also had the same abundance of natural light as the living room, with a king sized Sweet Sleeper bed. The most annoying thing was the total lack of power outlets anywhere near the bed. I couldn’t even unplug some unused lamp and use its socket. How else am I supposed to fall asleep to the calming glow of my smartphone.

The bedroom had its own TV, and there was a wide variety of channels. I was able to watch both the Australian Open and the team formerly known as Arsenal over the weekend.

The bathroom had a separate shower and tub, and like I mentioned in my Sheraton Amman review, it’ll be a long time before Sheratons worldwide run out of their Shine spa amenities… 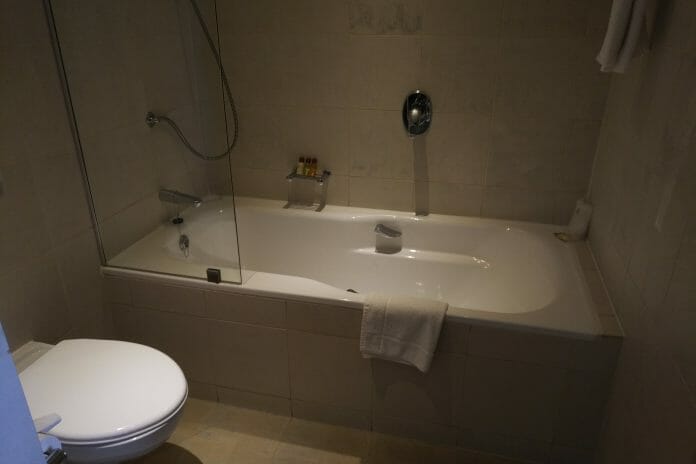 The Sheraton Kampala has expansive grounds, encompassing the Sheraton Gardens (it says quite a bit about how deep Sheraton’s roots are in Kampala that they managed to get a public park renamed with the Sheraton brand). It’s a nice outdoor space to sit and have a meal or drink, although the paranoid Singaporean in me was scared of mosquitoes and stayed indoors most of the time.

Even the pool at the Sheraton Kampala is famous. Check out Idi Amin doing a swan dive off the low board…

There were no politicians at the pool when I visited, sadly. The swimming pool, and swimming trunks, are the great levelers.

The hotel has an executive lounge on the 10th floor, but it was tiny and clearly not suited for the number of Club Room/Platinum members it has.

There are a total of three, count ’em, three tables. There’s a conference room at the end of the lounge that is sort of used as a communal table during happy hour, so bad is the overcrowding.

There was a small happy hour spread. The most exciting thing to me was that they served a liberal amount of avocado salad, which was probably the healthiest thing I had all week. Avocados must be cheaper in Uganda or something.

There was a selection of hard liquors. Red and white wine were available on request.

Breakfast was served in Victoria Restaurant. None of the breakfast spreads I had in Africa were particularly impressive (but it does seem churlish to complain about breakfast in a part of the world where so many go hungry) but the Sheraton’s was much improved by the presence of amazing fresh pineapple. The country is known for these, and there was a veritable bounty each morning. Extra marks to the staff who were more than happy to serve avocado on request, without charge. 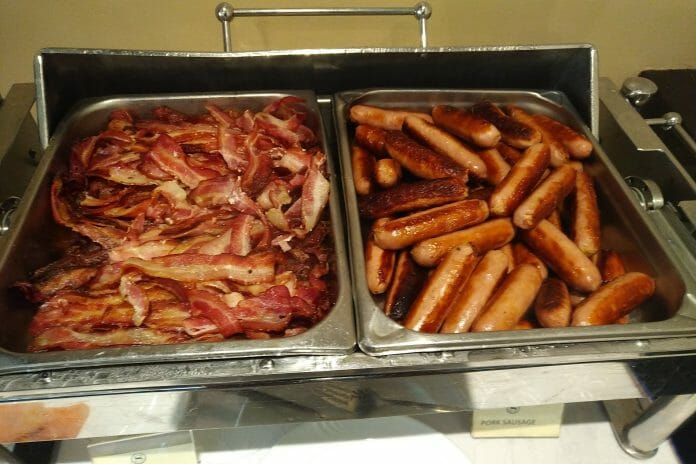 Sheratons have a bad rep in the developed world , but it’s fascinating to see the status which they’re accorded in developing regions. I liked the fact that my room looked refreshed, and the staff were generally excellent (although a bit slow at responding to requests). If you ever visit Kampala, it’s well worth checking out.