We arrived in Amman at a bit of a strange time for the Starwood group. Let me explain: Starwood is supposed to have four properties in Amman- a Le Meridien, a Sheraton, a St Regis and a W. No prizes for guessing what my pecking order would have been.

However, the Le Meridien Amman left the Starwood chain effective Jan 1, 2018 and has been reflagged as the Le Grand Amman, an Accor Hotel. Also, the W Amman was opening agonizingly close to my stay, but I missed it by one week. The St Regis was only scheduled to open in May. 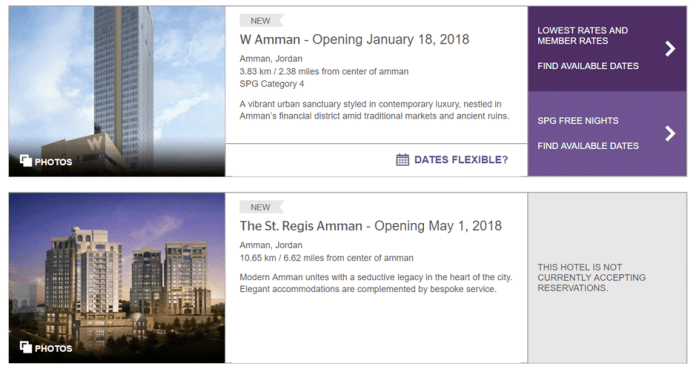 What did that leave me with? You guessed it: 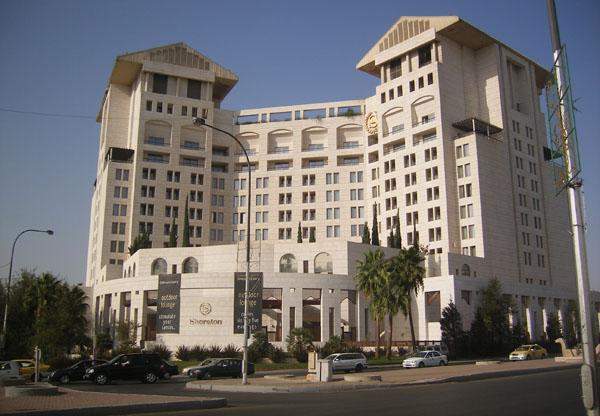 I’ve written extensively about the problem with Sheratons, and fortunately Marriot corporate has noted this problem too. Unfortunately, deflagging underperforming Sheratons only really works when you have a sufficiently established footprint in a city. Because would you rather offer guests a sub-par Sheraton hotel, or give up that business entirely? Perhaps if the W and St Regis brands take off in Amman, Marriott will feel the Marriott Amman can fill the role that the Sheraton Amman is supposed to, but only time will tell.

Take it however you will, but there’s no mistaking you’re in a Sheraton once you walk into the lobby. I’m struggling to find the exact term to describe it with, but every Sheraton seems to have the same floor tiles, the same flooring, the same reliance on artificial rather than natural light, the same tarnished gold banisters…

There’s a sort of faded grandeur theme they seem to be aiming for (and achieving) at each Sheraton property.

Which isn’t to say the staff were unpleasant- in fact they’re probably the highlight of most Sheratons I visit overseas. It’s just a shame they’re let down by the hard product.

At check-in the staff confirmed my room rate, thanked me for my loyalty and told me I’d been given an executive suite for the duration of my 5 night stay.

There’s something very tacky and yet very Sheratony about having displays within the elevator selling jewelry.

The executive suite turned out to be quite the interesting concept. It was actually two regular rooms with an open connecting door. That means I could access my room from either door with the same card.

The rooms were mirror images of each other, so I ended up having two bathrooms, two TVs, two desks, two everything. The only exception is they removed the bed in one room and put a slightly larger couch set in its place.

For all the things Sheraton says about being a business hotel, the amenities in the room don’t really stack up. How expensive could it be to install universal plugs and provide USB charging outlets at the work desk and by the bedside?

If you’re ever going to Jordan, you might like to know they use the same plugs as we do in Singapore

The bedroom was through the connecting door:

And had a Sheraton Sweet Sleeper.

The bathroom was everything you’d expect from a Sheraton.

I know Sheraton is in the midst of replacing its bath amenities, but hotels need to burn through the existing Shine spa amenities and I think these are the MREs of the toiletries world. They’ll withstand nuclear blasts, radiation and they’ll certainly outlast us as a species.

It was winter so even though the outdoor pool looked inviting, I declined to partake.

There was however an indoor heated pool, which was constantly full and therefore I couldn’t get a photo.

Breakfast was at The Spice Garden, the hotel’s all day dining venue.

The selection wasn’t great and replenishment of food was very slow so I didn’t bother taking many photos. This won’t go down as one of my better hotel breakfasts.

This Sheraton does have a club lounge, which serves a limited selection of food and alcohol during happy hour.

Some executive lounges are great, but others just feel like they’re trying to meet the minimum brand standards. You know, one hot item, fruit, soft drinks, a dessert item…this was probably the latter.

There was a small selection of hard liquor. A local red and white wine were available on request.

None of the food was particularly appetizing. It certainly didn’t measure up to some of the happy hours I’d experienced at club lounges in the Middle East, like the amazing spread at the Grosvenor House Dubai 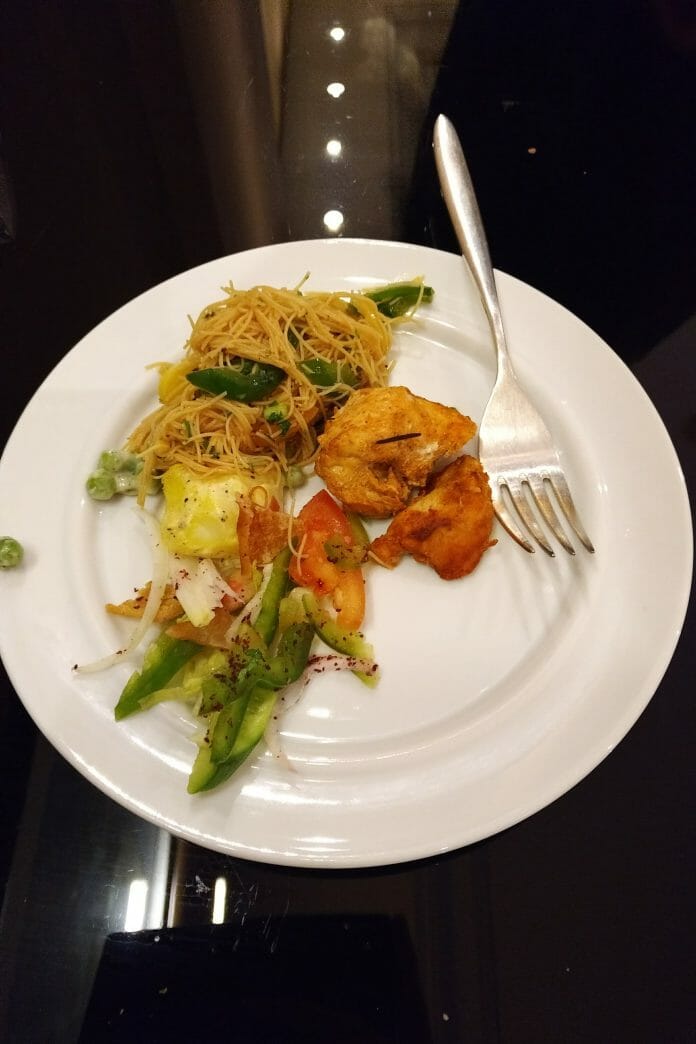 If you pulled something out of a hat labelled “Sheraton”, it may very well look like the Sheraton Amman. The Sheraton brand is tired, run down and the big rebrand can’t happen soon enough.

It’s a shame I came too early for the W Amman because that’s supposed to be nice and modern. If you’re coming to Amman next time round you might want to check that one out instead.