Even though I’d done two previous RTW trips in 2016 and 2017, I still had the nagging feeling I’d forgotten to pack something as my Uber pulled up to Changi Terminal 2. The prospect of being away from home for 40 days tends to do that to you.

That worry gave way to anticipation however as I remembered I’d soon have the chance to scratch another Star carrier off my bucket list. Because 13 hours with Swiss Air awaited just beyond those terminal doors. 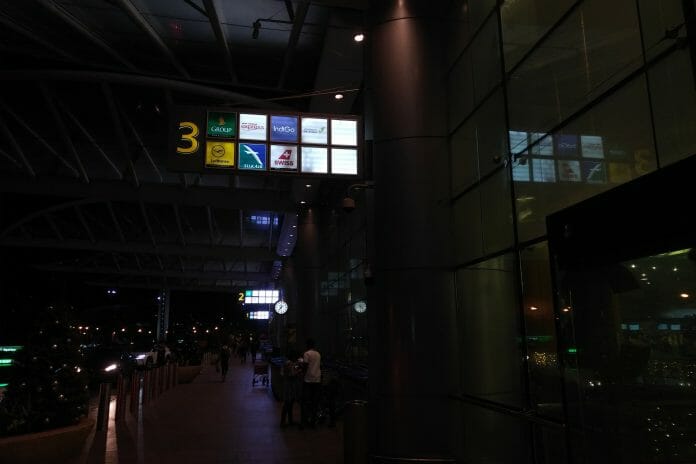 Terminal 2 hasn’t got a whole lot of love from Changi recently. Terminal 1 finished its upgrade in 2012, but the last time T2 had a major makeover was about 10 years ago. It’s not that the place is run down by any means, it’s just considerably less modern than the all glass facade of T3 or the ubermodern facilities of T4. 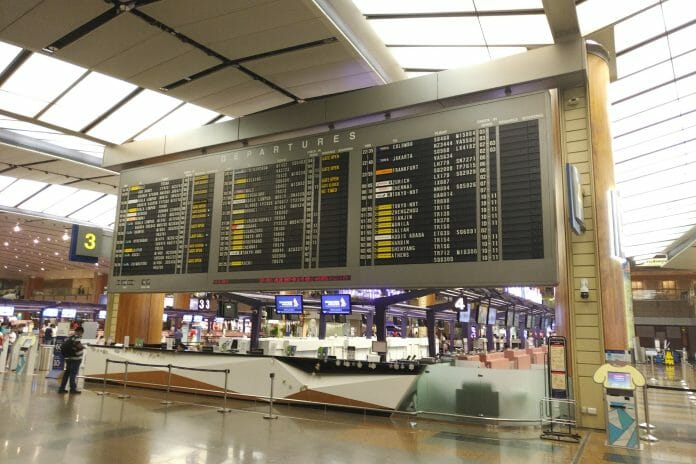 My flight was scheduled to depart just after midnight, and I was at the terminal around 7.40pm. I assumed the SWISS counters wouldn’t be open yet, so made a beeline for the Premier Check-in facility that SATS operates for various airlines which allows for early check-in. I was turned away, rather embarrassingly, by the counter staff who told me the facility was only for HON Circle members and First Class passengers on SWISS. They did tell me that the regular counters were already open. 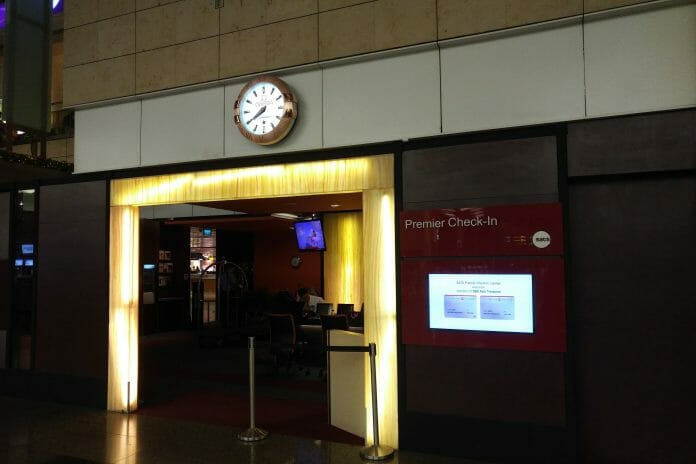 Indeed they were. Check-in was smooth and my bag was tagged all the way to TXL, via ZRH. The staff didn’t bat an eyelid when they saw my multi-city itinerary. 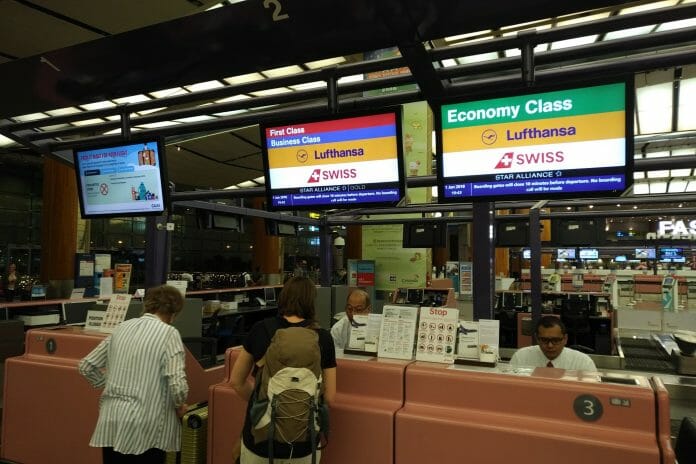 What I thought was interesting was that SWISS has a selection of magazines laid out at the check-in desk, in case you want to help yourself to some reading material even before you got on board. 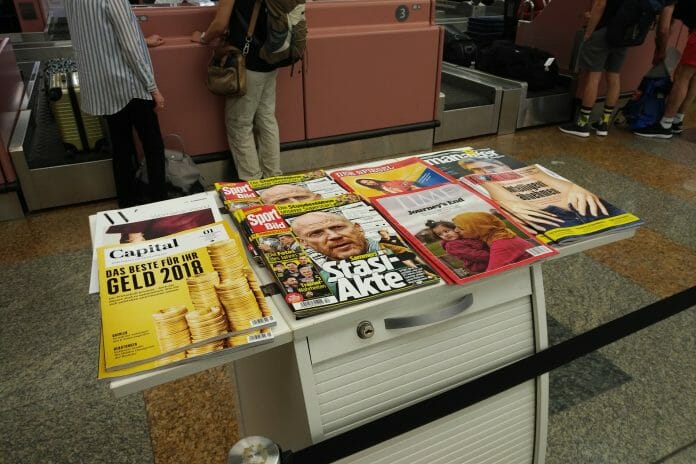 There was still plenty of time to kill before boarding so I decided to check out the new SORA Japan Gourmet Hall that’s been built in Terminal 2. This 300 seater food court was opened on Nov 14 last year and is a joint venture featuring ANA Trading, the trading arm of ANA. I’ve always liked ANA’s catering in the air, and was eager to see what they’d be able to do with a food court. 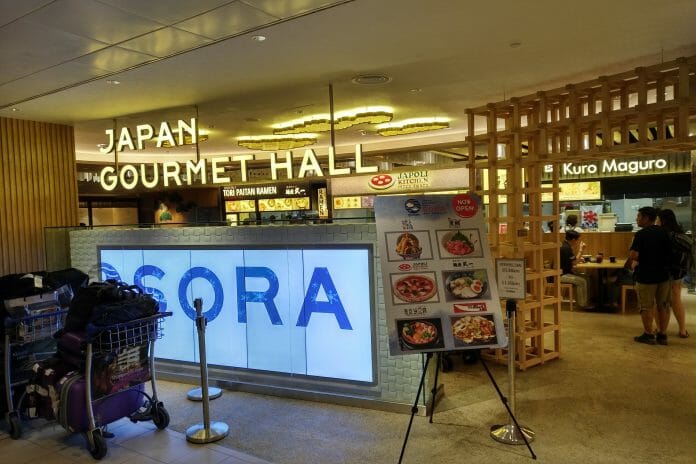 There are dedicated food blogs that will cover the range of restaurants much better than I can, but to surmise, you have your choice of the following places 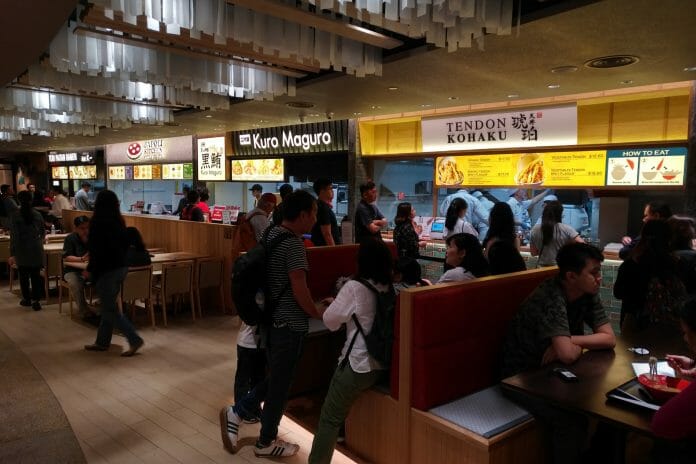 The place wasn’t too crowded when I showed up with Ms Milelion in tow and we ended up sharing a margarita pizza (excellent crust, reminded me of a Napoletana style pizza), bowl of very, very excellent chicken ramen (would give the one I had in Tokyo a run for the money) and tuna bowl (also excellent value).

After dinner I made Ms Milelion promise not to use any cashback cards in my absence (the road to rehabilitation is a long and painful one) and headed for the SilverKris lounge in T2. Halfway there I paused and thought about it. The majority of SQ’s operations (including all their long haul flights) now operate out of T3, so it’s not surprising that the T2 lounge has become the poorer cousin. The F&B selection there is definitely smaller, and in general it’s just a less pleasant place to pass time. Less light, more confined.

I was much happier to see the welcoming facade of the T3 lounge, which is still awaiting its makeover as part of SQ’s home away from home new lounge concept. 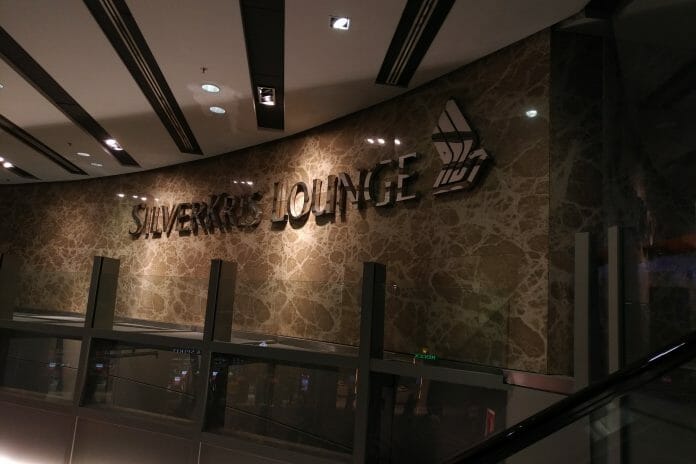 The lounge dragons were out in full force this time of evening. One thing I noticed is they don’t scan boarding passes unless you’re flying with a Star Alliance partner. I assume that’s in order to keep a running total of how many passengers to bill partner airlines for lounge usage. For me it was just a cursory glance at the date of the boarding pass and I was in. 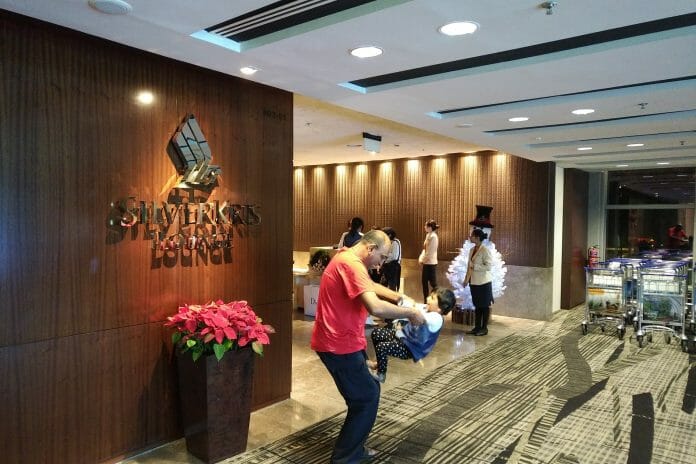 The lounge Christmas decorations are still up, and I don’t think I’ve ever visited the SilverKris lounge around this period. It’s tacky, but charming all the same. 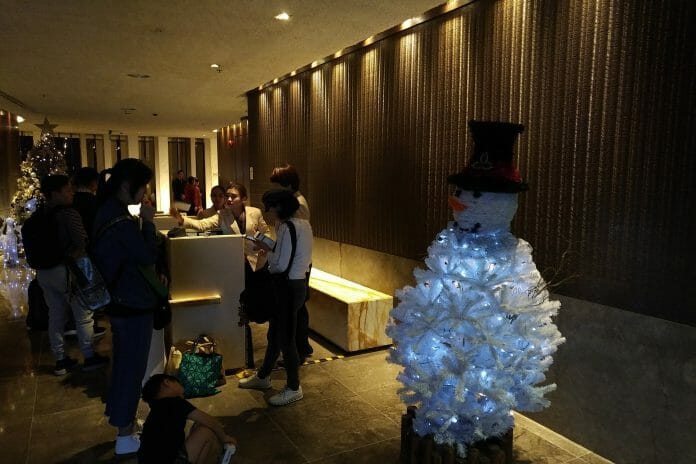 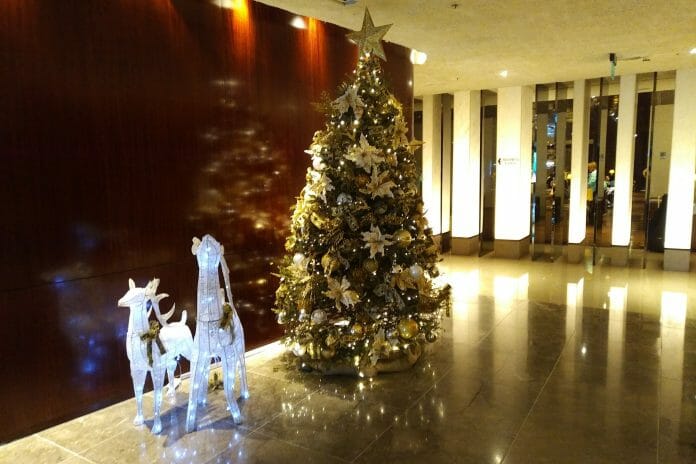 I’m going to make this a quick review of the T3 lounge as I’ve reviewed it previously before. The lounge is split into a business class area and a first class area, and before you get any ideas you need to pass a separate boarding pass check to get into the first class section. 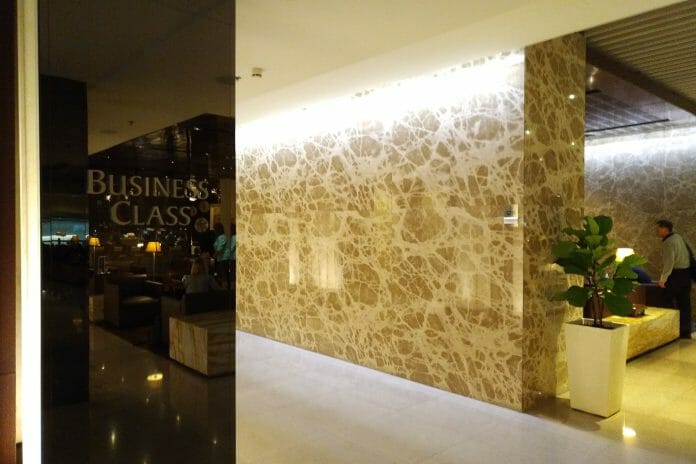 The lounge was pretty crowded in the evening, the peak period for long haul flight departures. There was still seating to be found at the communal tables and the odd armchair here and there. 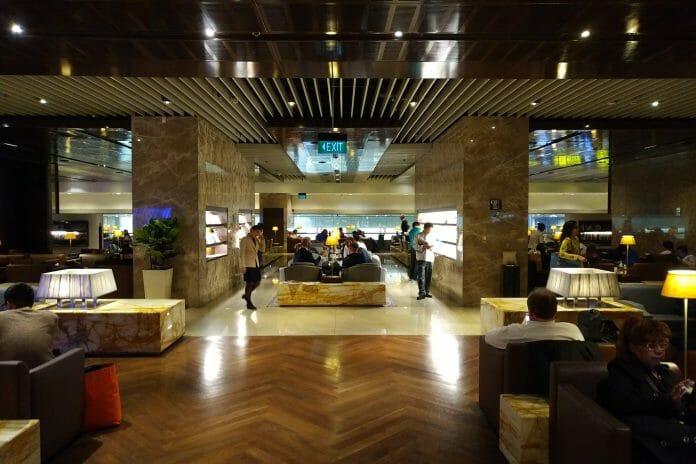 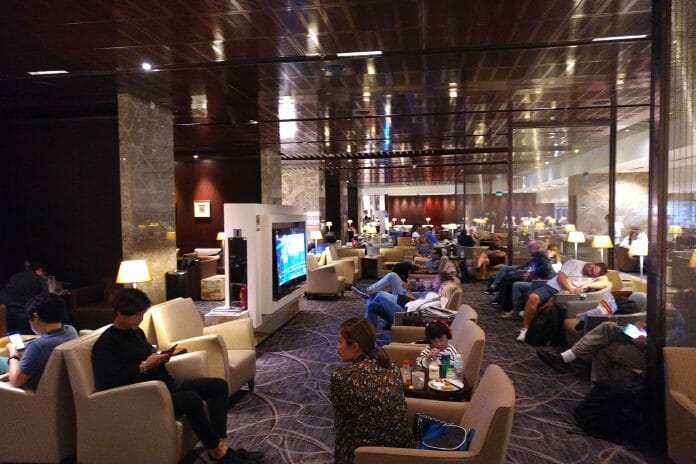 The additional space available for the buffet area in the T3 lounge means the F&B selection is wider than what you’ll find in T2. 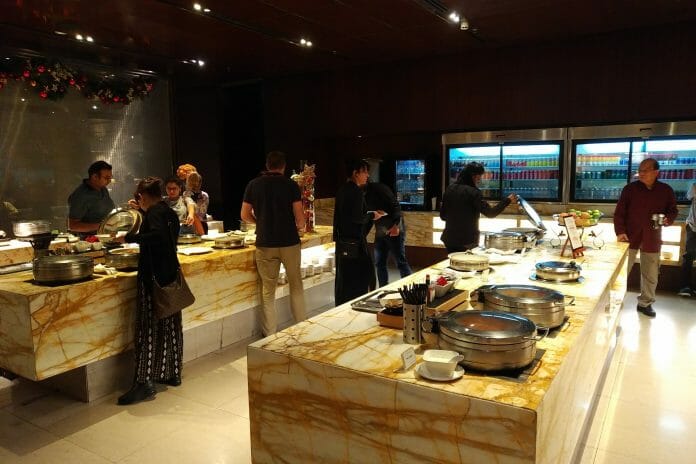 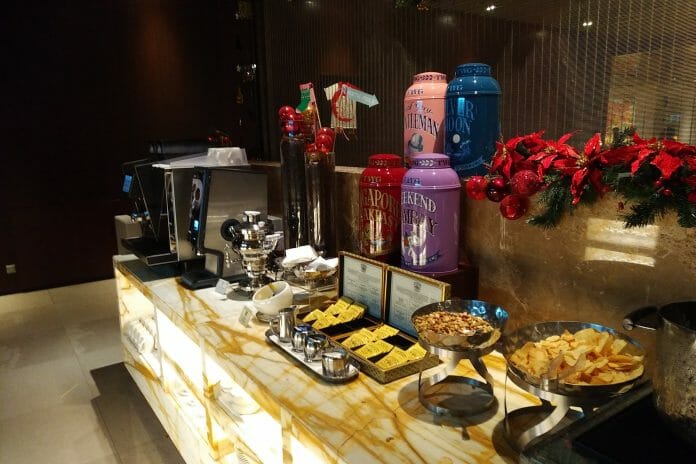 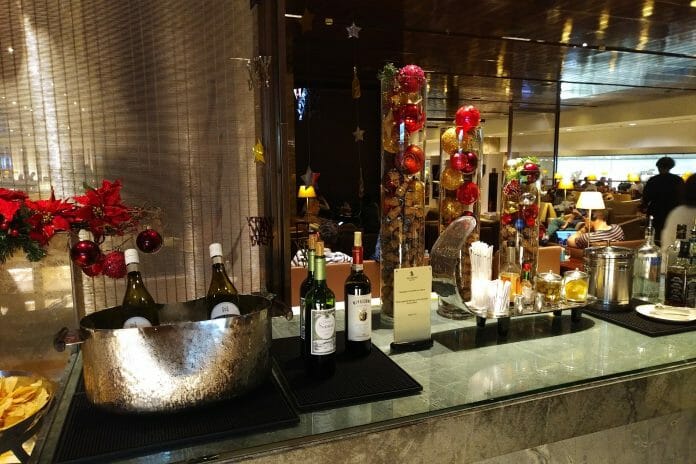 It seems that SQ’s policy of champagne on demand continues. The champagne is no longer put out in public and you need to request a glass from the staff. I was annoyed at first but later decided it sort of made sense. You don’t want a perishable wine like that to lose its gas after the last person decides not to recork the bottle, and at least when you store it behind the scenes you can ensure it’s served at the right temperature. 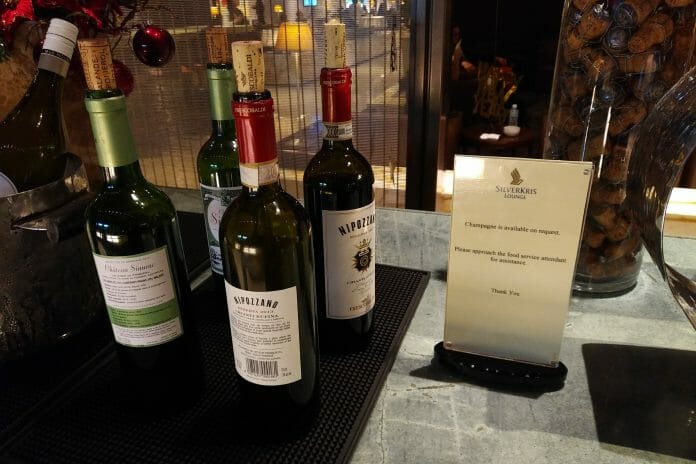 The coolest new feature in the lounge was the automated bartending machine. Yes, it only made a few drinks and yes, I couldn’t talk to it about my life’s problems and get sagely wisdom that only comes with many years of purveying intoxicating beverages (not that I didn’t try), but dammit, it was cool. 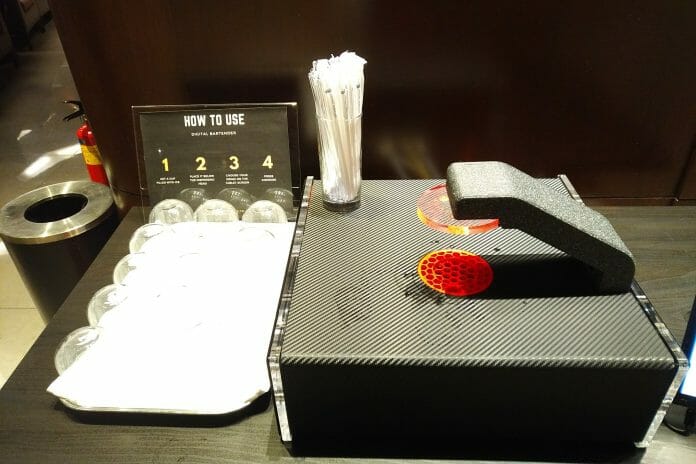 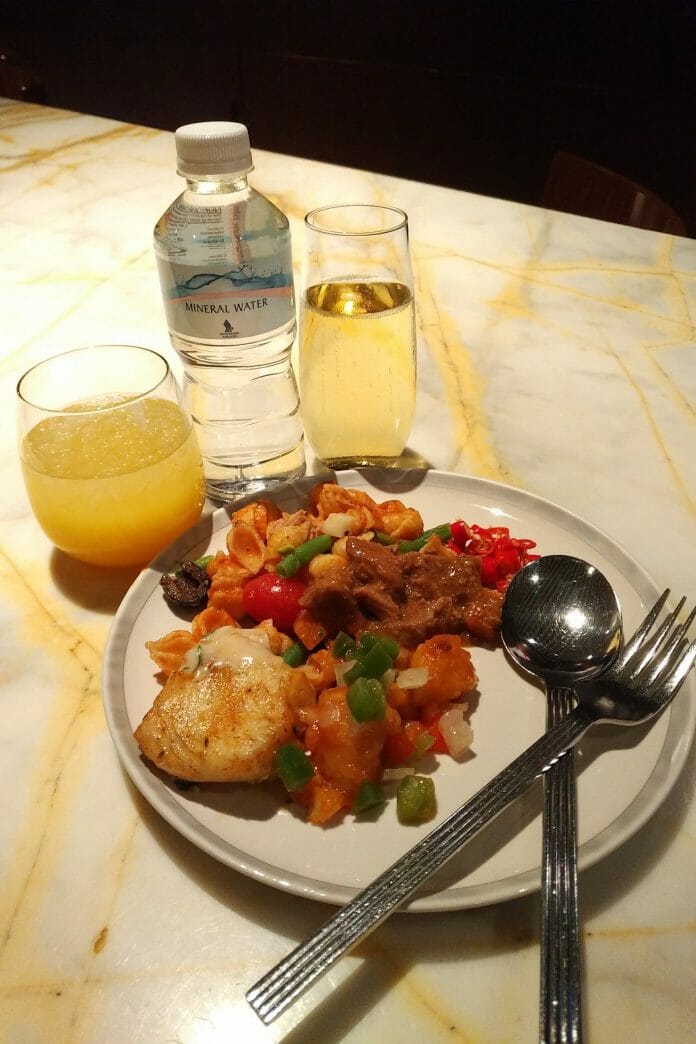 The food was unspectacular, but I was pretty full from dinner anyway.

I’m really curious to know what’s happening with SQ’s lounge plan in Singapore. As I mentioned earlier, their home away from home concept is steadily making its way to overseas stations, but there seems to be no news about when the lounge in Singapore will get its makeover. You’d think they’d do the lounge up here first, then elsewhere. It’s not that the lounge is showing its age or anything (at least not the T3 lounge. The T2 lounge is way past its prime), but I keep getting the feeling that SQ is missing a major chance to impress with its home lounges. Sure, not all lounges can be like the Turkish Airlines one in Istanbul, but we can dream, right?

Interestingly, champagne was out in the open for direct access as of 15 Feb 2018! i am more amazed by the fact you managed to embed a photo in the comments than anything else. what witchcraft is this.

Some basic HTML tags are allowed in comments, coupled with free hosting on imgur -> magic at work.

[…] basically it. Heck, when flying out of Singapore you’re not even allowed into the Silver Kris lounge. Instead, you’re exiled to the wasteland that is the KrisFlyer Gold lounge, with no […]