All I want for Christmas, is...

Here’s wishing each and every Milelion reader a very blessed Christmas! It’s been an amazing 2019, and I’m looking forward to sharing some thoughts soon on the first year of full-time Milelion-ing.

Thank you also for your generous giving to our Christmas fundraiser for Methodist Welfare Services. Today’s the last day of the campaign, so may I invite you once more to contribute to this worthy cause?

Each year, I make a Christmas wishlist of things I’d like to see happen in the world of miles and points. Some of them come true, others…well, there’s still time. So without further ado, here’s The Milelion’s 2019 Christmas wishlist! 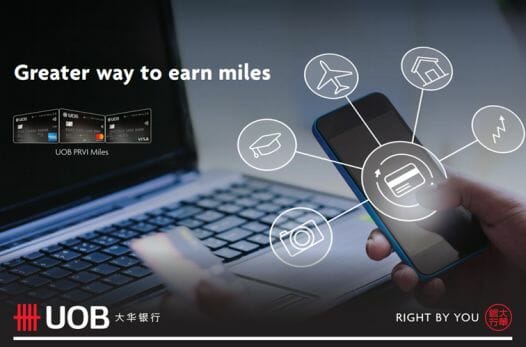 One great trend we’ve seen over the past couple of years is the emergence of services like Citi PayAll, CardUp, and RentHero, which allow you to earn miles when paying rent, taxes, utilities bills, insurance, condo fees, and other transactions that you normally can’t use your card for.

The problem is, all these services require you to have an actual bill to pay. That’s to say, you can’t pay rent without a tenancy agreement, tax without an NOA, or condo fees without an invoice.

PRVI Pay is the most accessible facility, in that it only requires a UOB PRVI Miles card (S$30,000 income requirement). What I’d really like to see in 2020 is other banks launching their own versions, providing more avenues to pick up easy miles.

Pop quiz: what do American Express, BOC, Citibank, HSBC, Maybank, OCBC, Standard Chartered and UOB have in common? If you said that they all have a S$120K card, then a hot Christmas pie for you!

But there’s one notable omission from that list- DBS. DBS does not have a S$120K card, which seems puzzling given how it’s supposed to be a gateway to priority banking. Do they feel the segment is too crowded? Does their research tell them the space isn’t that lucrative? Are they simply hoping to leverage the second mover advantage (technically last mover by this point in time)?

Only DBS knows. But I’m hoping 2020 will see DBS finally take the plunge and launch something for this segment. Citi has the 4th night free, OCBC has the VOYAGE exchange, HSBC has priority airport services… what can DBS do with a S$120K card? 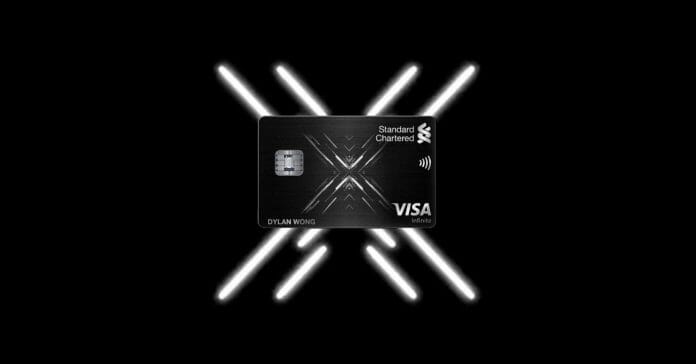 The problem is, aside from the sign up bonus, there really isn’t much going for it. The hefty annual fee of S$695.50 gets you 30,000 miles, two Priority Pass lounge visits and…that’s it. No limo transfers, no hotel benefits, no private club access, none of the bells and whistles you’d think would be mandatory on a card at this price point.

Now that sign up bonuses have started to be fulfilled, I think a countdown of sorts has started in the minds of many X Card holders. SCB has just over half a year to make a compelling case for renewal, and they surely can’t leave the card benefits as they are, right?

(4) A relaunch of the American Express Platinum Reserve 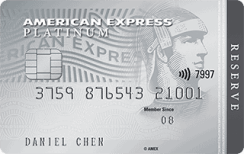 Does anyone out there ever feel like a neglected middle child? Well, spare a thought for the AMEX Platinum Reserve, which finds itself in an awkward position, sandwiched between the entry-level AMEX Platinum Credit Card and the relaunched AMEX Platinum Charge.

If the AMEX Platinum Reserve is to remain a viable offering, it needs a major makeover. I can’t believe that AMEX management hasn’t noticed this, so let’s see what 2020 holds. 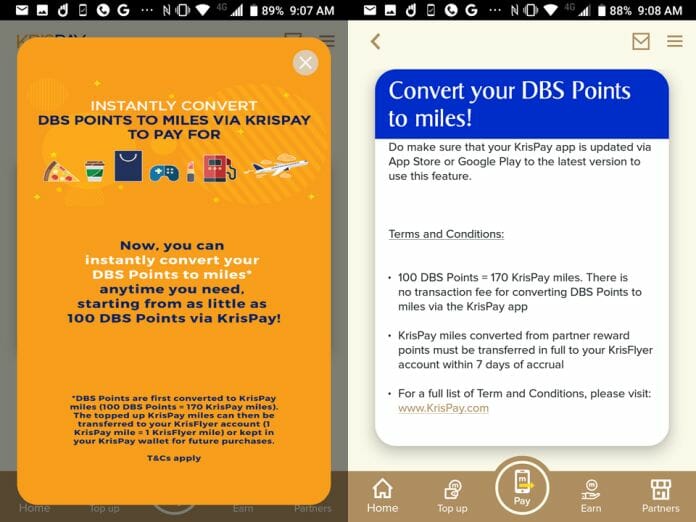 If you need KrisFlyer miles, and need them now, you have the following options:

If none of these work for you, then you’ll have to wait 2-3 working days for a bank transfer (AMEX and OCBC tend to complete them in 24 hours, but it’s still not instant). This can either be a mild inconvenience, or the difference between snagging or missing out on your dream redemption.

My wish is that we’ll see more ways to transfer miles instantly to KrisFlyer, removing some of the friction inherent in the process.

(6) The removal of conversion fees

During November’s meetup with the OCBC 90N product manager, one of the questions put forward was “why do banks charge S$25 to convert points into miles?”

That’s…interesting, isn’t it? S$25 has more or less become the de facto fee for points transfers. But why? Does it really cost S$25 to process a transfer?

I’m guessing the answer is no. There may be some fixed costs involved in maintaining the IT infrastructure and transfer arrangement, but if the variable cost per transfer is really S$25, then there must be some extreme inefficiencies to be resolved.

Although some cards (UOB Visa Infinite cards and OCBC VOYAGE) waive conversion fees, these tend to be high-end offerings requiring annual incomes of at least S$120,000.

That’s why the OCBC 90N Card was such a gamechanger when it launched this year. It was the first entry-level card to do away with transfer fees (and reduced the minimum transfer block to 1,000 miles for good measure).

My hope is that other banks follow suit, and transfer fees become the exception rather than the rule.

Qantas has squarely thrown down the gauntlet to Singapore Airlines with the opening of the new Qantas First lounge in Terminal 1. The decor is gorgeous, there are individual shower suites, and the dining experience is one of the best I’ve ever had in an airport, never mind an airport lounge.

I’ll even go so far as to say that as of right now, Qantas has the best First Class lounge in Singapore.

Singapore Airlines’ response? Well, in July this year, they announced a S$50M refresh of their Terminal 3 lounges, due to finish in 2021. Very little information has been provided about the First Class lounge, except that it will continue to feature a flagship bar.

There aren’t much details beyond that, but this has to be better than Qantas’ Changi Lounge, right? After all, Singapore Airlines can’t be shown up in their own home. I expect we’ll get further details in 2020, but I’m hopeful that Singapore Airlines knocks our socks off with the next facility.

So those are my wishes for the year to come! Have you thought of anything I missed? Feel free to share in the comments below.

A 4mpd card with no restrictions (in amount and duration) at least for the next 2 years?

good one! i’m eager to see what the banks will throw at us after the 90n promo expires…

I personally am waiting for anything to happen after 31 Dec 2019. Whoever comes up with such a product will be the other card to complement the use of GPMC as long as the 10x GrabReward points promotion is valid. Might even overtake SCB X in terms of interest.

Yeah, well – I think Aaron’s wishlist is the more realistic one 🙂

No more notorious UOB style promos – as long as you meet the criteria, you qualify. Not if you happen to be just the first X people but you have no idea if you are or not.

First X customers isn’t a problem if they have a registration and confirmation process. Once you register, you get to join the promo. If you meet the challenge, you get the points. If you register after X, then you get a fail-to-join message, it’s still fair.

And while we’re at it, no more UOB ridiculous rounding to $5 – take the high road and be transparent, instead of being so calculative enough to nickle and dime with your customers!

I hope the increasing popularity of prepaid cards like GPMC and Revolut will whittle away the crazy fees mainstream banks are charging on FX spend. It’s crept up to 3.25% now….for essentially the same points/rebates.