It’s hard to imagine that up until 2008 the SIN-KUL route was effectively a duopoly, with MAS and SQ operating more than 85% of the 200 flights a week (the rest were provided by a hodgepodge of airlines exercising fifth freedom rights like Air India and JAL). Round trip fares were upwards of S$300.

Then Tony Fernandes and Air Asia lobbied hard to get the route liberalized to competition, and in Feb 2008, AK123 carried just over 200 passengers about 50 minutes from KL to Singapore. Tony Fernandes himself attended the media scrum wearing a red T-shirt with “Finally!” emblazoned on it. And why not? It had been a long time, too long, in the making. The original agreement which granted virtual exclusivity on the SIN-KUL route to SQ/MAS has been preserved since 1974.

Fast forward 9 years, and you can get a round trip ticket on Tigerair from SIN-KUL for as low as S$64. Nope, that’s not a typo.

The SIN-KUL route now carries 2.7 million passengers, most of them on budget flights. Looking back, it’s hard to believe that once upon a long time ago, SQ and MAS actually operated First Class on the SIN-KUL route. I wonder what the meal service on that would have looked like…

These days, the highest class of service available on the SIN-KUL route is business class, which I was booked on with MAS today. The inbound aircraft was delayed about 40 minutes, resulting in a similar delay in departure from Singapore.

Priority boarding was announced for oneworld Emerald and Sapphire members, MAS elite frequent flyers and business class passengers. In reality everyone just sort of streamed forth in a human scrum, frustrated with the delay 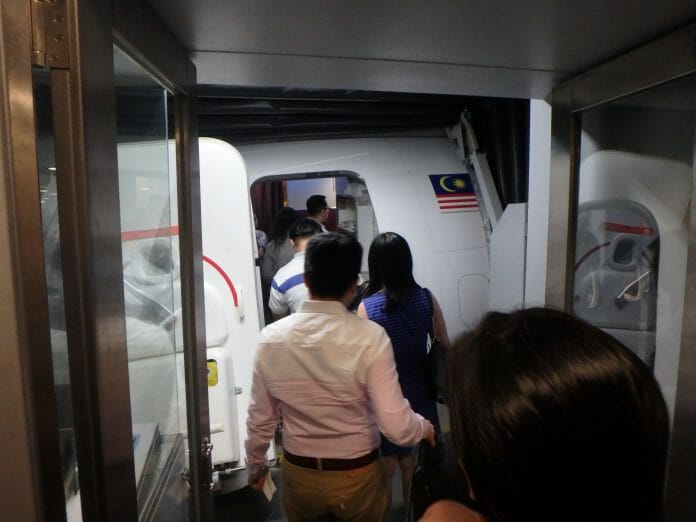 I boarded the aircraft and saw that I was flying on one of MAS’s new 737s. These have IFE and in seat power, along with cabin mood lighting and Boeing’s next generation interior. My colleague, who was on the later 9.15pm flight, got an old 737 which had none of these. 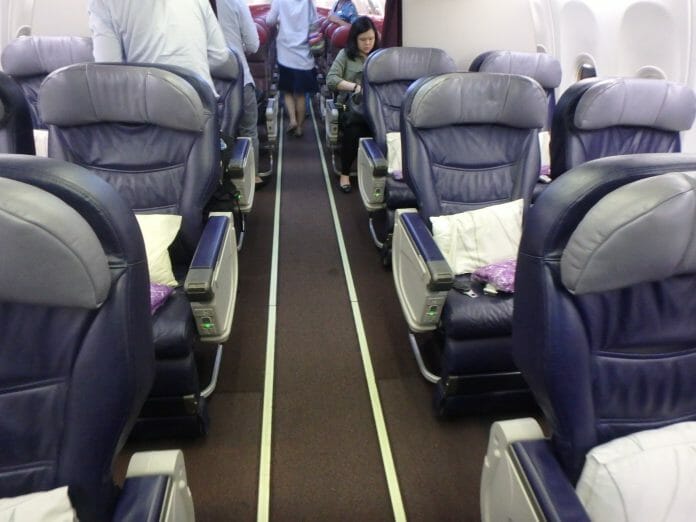 The four rows of seats in business class are plenty wide and are similar to domestic first class in the USA. 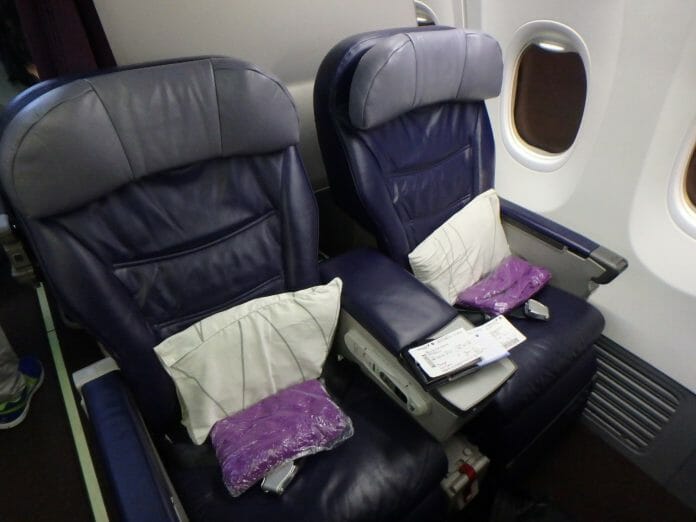 Each seat had a pillow and paper thin blanket.  Legroom was more than adequate. 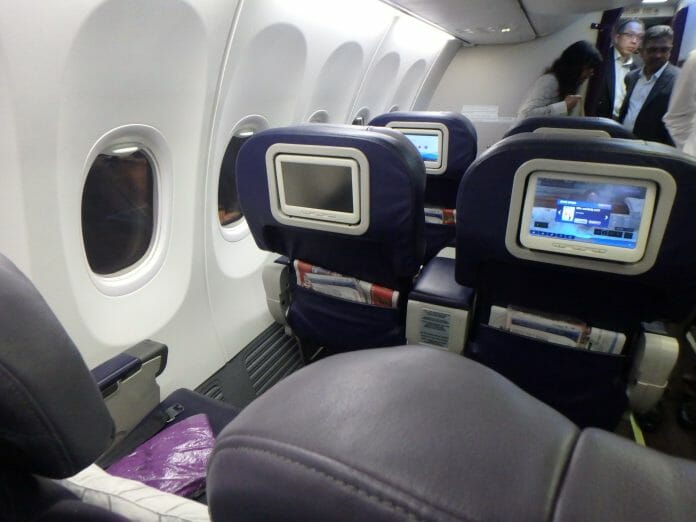 I again lucked out in that the seat next to me was empty. 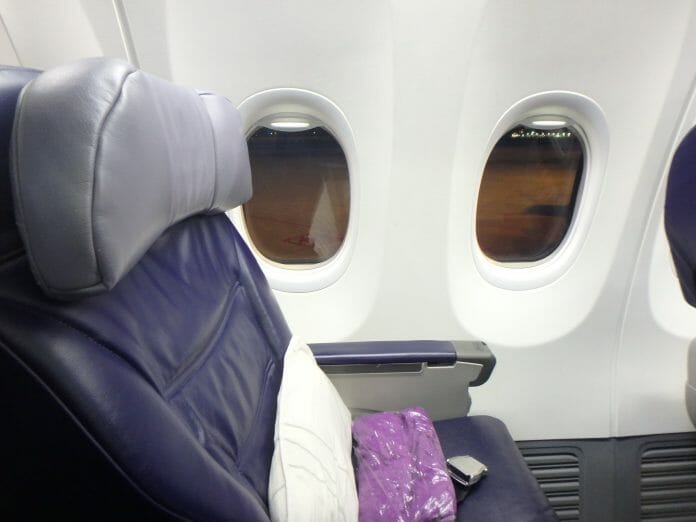 There was an IFE controller in each armrest, although the IFE screen was also touch sensitive. 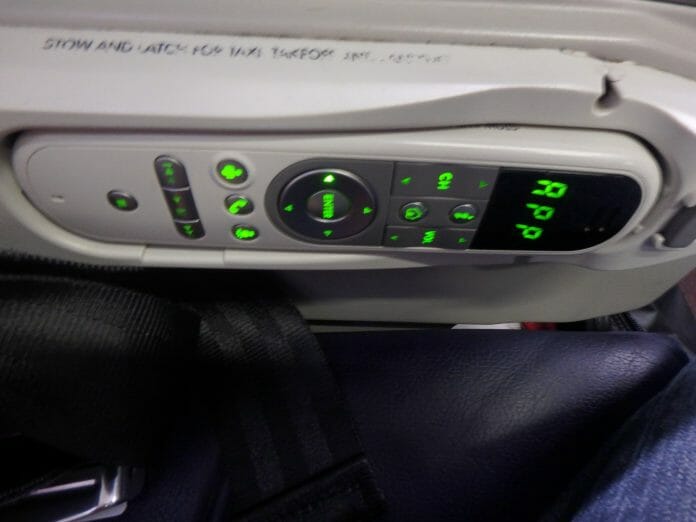 As mentioned, each seat had a USB charging outlet and an EMpower plug.

The entertainment selection actually isn’t half bad. There were some first run movies with a solid back catalog. In any case, the flight time from Singapore to KL doesn’t even let you finish watching one movie. 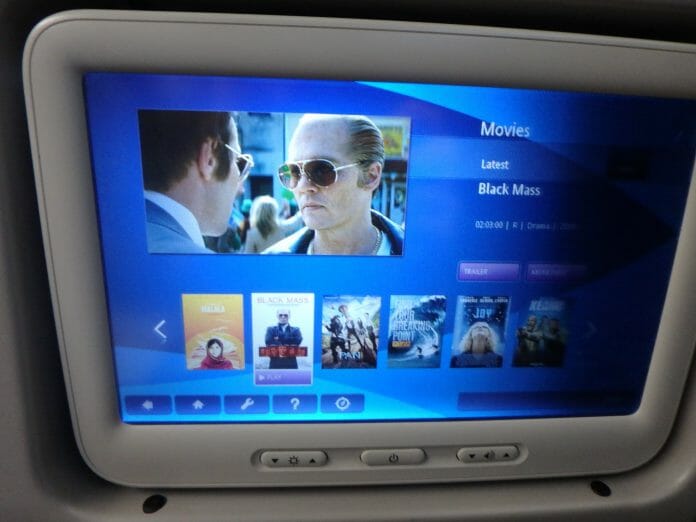 There is one forward loo shared by all the business class passengers. It was kept clean and tidy throughout the (admittedly short) flight. 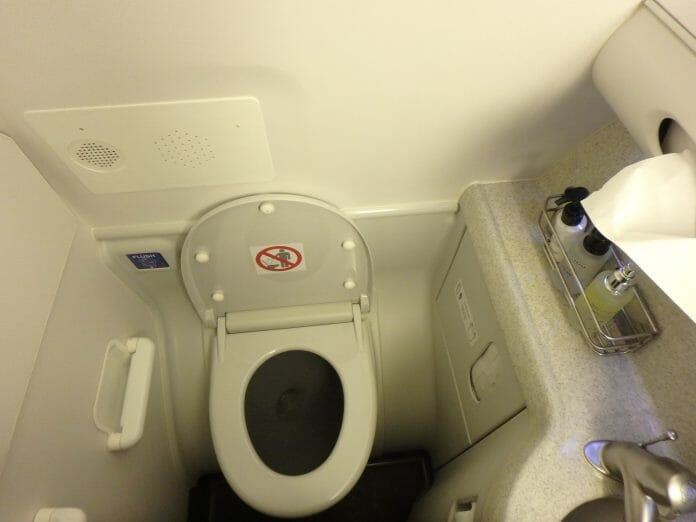 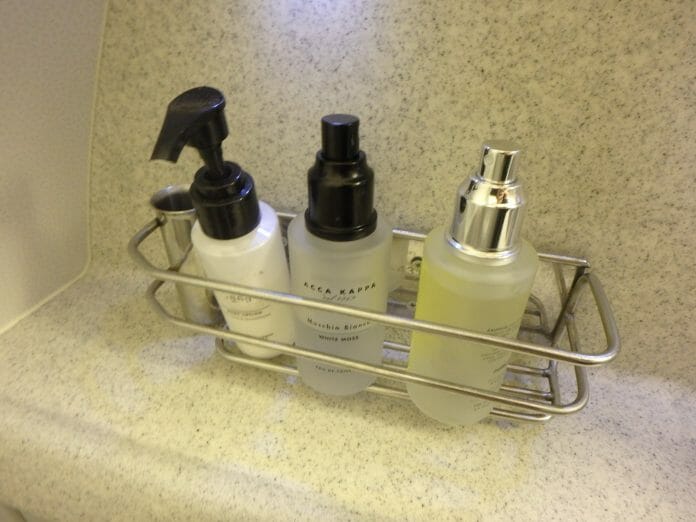 Shortly after takeoff, the drinks cart came around, but in addition to that they also offered a choice of meals. I was amazed that they served any refreshments on this flight, much less hot refreshments, much less something that could approximate a meal service on other airlines. 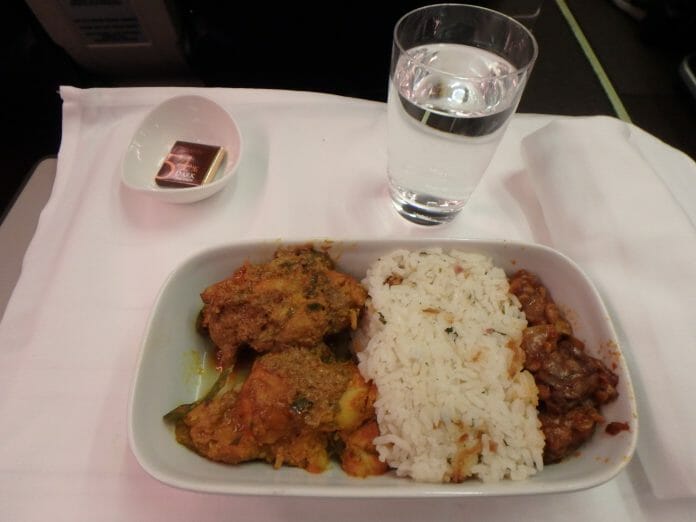 The chicken with rice dish that I had really wasn’t very appetizing (as you’ll see in the KUL-NRT leg, catering isn’t something that MAS excels at), but I was just marveling at how they managed to do a meal service in such a short time. 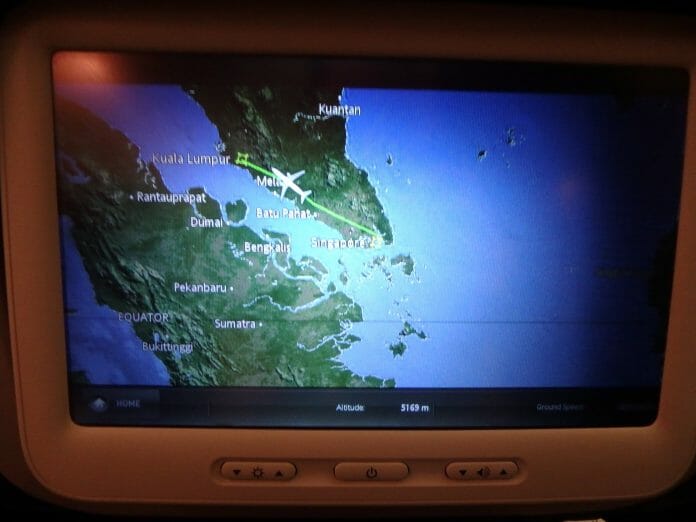 True enough, no sooner had I taken 4 bites of the meal than the captain came on the PA and announced the commencement of descent into KLIA.

I was now in MAS’s backyard, and quite eager to see what their flagship lounge would be like. That turned out to be, as you’ll see, somewhat of a disappointment.

I flew first class KUL-SIN on SQ once as a child. The meal service consisted of satay and a drink. Exactly what is served in business class today.

Got any photos? Was trying to find photos online but couldn’t get anything. I’m trying to imagine sq serving dom on a 45min flight

Hey Aaron – there has been a recent Malayasia Airlines press release and it appears that work is commencing on the long awaited lounge refurbs – https://www.malaysiaairlines.com/my/en/travel_advisory/golden-lounge-upgrading-works.html